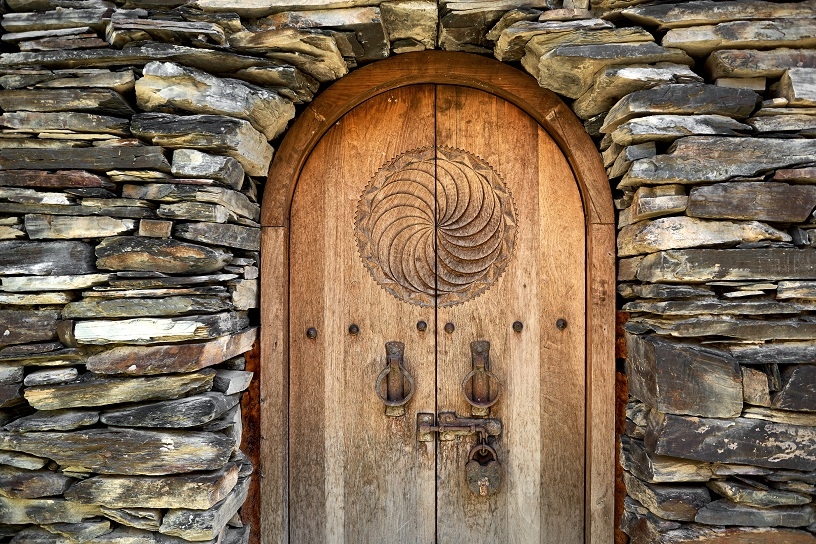 Locks have a long and fascinating history. A couple of months ago, we blogged about the invention of locks and talked about how the development of stored wealth following the agricultural revolution led to a new security innovation: the lock and key. Locksmiths continued to refine these basic lock systems. The development of sophisticated ironmongery techniques in Europe led to a new wave of innovation in Medieval times – giving us enough material for a ‘part two’ in our occasional history of locks and locking mechanisms.

Padlocks are probably Roman in origin but became a speciality of the early Middle Ages. Many examples have been found by archaeologists. The Vikings were particularly skilled at creating padlocks – presumably because they had a lot of plundered wealth to store securely!

Take a look at this Pinterest board of Medieval and Viking locks.

As with all developments in locking technology, the key driver was security of valuables. But what was considered valuable in the Middle Ages wasn’t just precious metals and important documents. Livestock was of immense worth. The fetterlock was a giant arched shackle padlock that could be used for securing valuable animals such as horses and oxen. Fetterlocks remained in use until the 19th Century.

There was a constant arms race between the locksmiths and the thieves during the Middle Ages. The more sophisticated the locks became, the more adept the lockpickers became. One technique to slow down the burglars was simply to install multiple locks on doors. Some Medieval treasuries and armouries had up to a dozen locks on the door!

The Lady of the Castle

With gallant knights away on Crusades for much of the first half of the second Millennium AD, it became traditional for the Lady of the House to keep the keys to important safes and storerooms. The symbol of the ‘chatelaine’ – from the Old French: literally ‘female castle occupant’ – became a chain with keys. Gradually the word attached itself to the chain itself rather than its owner and ‘chatelaine’ is still in use for an ornamental brooch resembling a chain of keepsakes.

The history of locks doesn’t end in the Middle Ages. Locks get smaller and more complex in the Victorian era and become digital towards the end of the Twentieth Century. But you’ll have to wait for parts three and four to find out more!

At PT Lock and Safe, we’ve turned our fascination with locks and puzzles into a thriving locksmith business. If you are in the Norfolk area and you find yourself locked out of your home or car, call us on 01603 812613.

Prev Post Lost or Stolen Car Keys - What Should You Do? Next Blog The Dangers of DIY Locksmith Jobs